The books in reverse order of publication 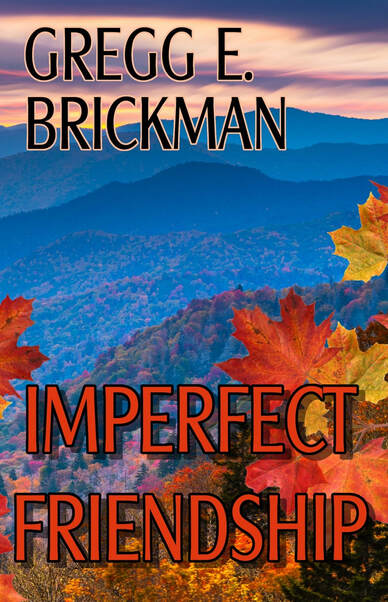 ​ Sophia and Ray are excited about moving into their new home in the Cove, a peaceful subdivision up-the-mountain in Middle Tennessee.

But Ray, the lone detective in the Plateauville PD, is summoned to Florida to testify as a key trial witness.

In his absence, Sophia, a full-time emergency department nurse and a part-time cop, must prepare everything for their move.  She meets a group of her future neighbors and finds the women are part of a tight clique.

One of the clique member’s husband is killed in an apparent accident, and Sophia discovers several of the husbands have also experienced serious mishaps. Yet, the wives don’t seem concerned.

As Sophia puzzles out the reasons for the group’s weird behavior, she asks questions, and, in so doing, makes enemies. Personal threats follow. Her car gets four flat tires, and a vandal defaces her new house.

She goes on offense, digging for information about these strange women, while also attempting to infiltrate the group. They get angry, the threats become more sinister, and she thinks her life might well be in danger.

Will she survive until Ray returns? Will they have their Happy-Ever-After in the Cove?
Sophia and Ray are nearing the end of their transition from Florida to Tennessee. Their new house in The Cove is almost complete, and they’ll be moving in soon. But, bad luck plagues them as Sophia notices strange doings in the area. Thus, they are thrown into a den of iniquity unlike any other they have faced. Sophia’s digging will keep you flipping pages as evil forces crowd into her life, threatening that very life. When needed most, Ray is called away to testify in an old court case, leaving her to face the situation alone.
—Randy Rawls, author of numerous novels including his most recent, Flight From Freedom: Josh and Maria (Josh Hawkins Series Book 2)

I greatly enjoyed this book. I think the characters were well-described and distinct from each other. The setting, so vividly depicted, rose to life before my mind's eye. I could feel the chill in the air whenever the displaced Floridians ventured outdoors. The plot was easy to follow and held together well.
—Stephanie Saxon Levine, mystery reader supreme and book reviewer
BUY EBOOK​ OR PAPERBACK FROM AMAZON
INSTANT PREVIEW: BEGIN READING A SAMPLE NOW.
"When Sophia and Ray move from South Florida to Tennessee, they do not expect to be entering a different world. Yet, the differences are so extreme, they feel as if they’ve taken on a whole new existence. Ray begins his new job as the lone detective of the local police, and Sophia begins her shifts in the ER of the hospital, both looking forward to the peace and quiet of country living. However, on an outing to enjoy nature, everything changes—a human hand tumbles down on Sophia. From there, they learn that the laws are the same, but the criminals can be different. As the case develops in front of him, Ray struggles to keep Sophia out of the investigation—good-luck with that. An exciting adventure awaits them and the reader as they adjust to the pace of country living—and, along the way, solve a major crime." Randy Rawls--Saving Dabba, Dating Death, Best Defense, Hot Rocks featuring Beth Bowman, FL PI, Jingle and the Magnificent Seven , Justice Secured, Thorns On Roses featuring Tom Jeffries

Buy ebook for Kindle or paperback from Amazon
Buy Paperback from Murder on the Beach in Delray Beach, FL.
Instant Preview: Begin reading a sample now. 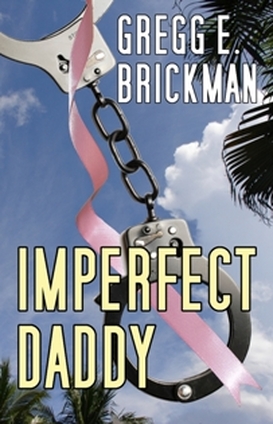 "Daddy did it," says seven-year-old Amber Pyle. She's a rape victim, the worst her nurse, Sophia Burgess, can imagine. But, unlike her murdered mother and little brother, Amber might survive. Detective Ray Stone, Sophia's live-in boyfriend, is assigned the case and is more distressed than usual over the hideous crime, but he won't say why.

As a former cop, Sophia is suspicious by nature. She may have left the force after getting shot, but she kept her independent outlook, keen mind, and adventurous nature--and she kept her sassy attitude, too.


Randy Rawls, author of THORNS ON ROSES, a South Florida Thriller, said, "Don't mess with Sophia Burgess' live-in boyfriend, Detective Ray Stone.  Only she is allowed to do that.  When Stone is assigned to investigate the rape of seven-year-old Amber Pyle, Sophia senses there may be more to the case than appears on the surface."

Jeremiah Healy, author of the John Francis Cuddy private- investigator series, said:  "This excellent crime novel provides an especially moving window on the aftermath--both from the police and hospital standpoints--of a sexual assault upon a child."

Driven from police work by the cold realities of the job—getting shot can do that—Sophia Burgess finds her place in nursing.  She brought with her the qualities that made her a good cop—fierce independence, inquiring mind, and edgy personality.

Then the victim comes to her.

Sophia's patient dies, but not from natural causes.  She uses her clinical acumen as a nurse, her deductive skills as a former cop, and her police detective ex-fiancée to find the killer.

Randy Rawls, author of THORNS ON ROSES, a South Florida Thriller, said,
The same qualities that made Sophia Burgess a good police officer make her an excellent nurse.  When a drive-by shooting victim, real estate broker, Barry Hutchinson, ends up in a coma and in her care, she cares.  And when Hutchinson's wife asks for her help, Sophia's cop feelings kick in.  She feels obligated to find his shooters, even if it means going against the wishes of her ex-fiancé, the lead detective on the case.  What follows is a race to the end—but who is the ultimate winner? 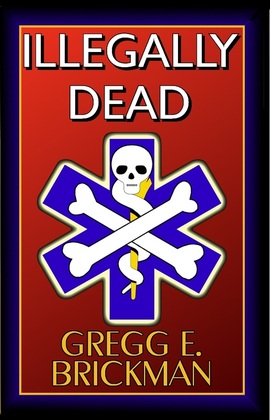 Tony Conte, ex-Special Forces medic and martial arts expert turned nurse, is stretched to his limit when the legal and medical professions’ traditional combat zone turns deadly. He has two passions in life, his family and his career, and both are threatened. Faced with a mountain of charges and counter charges, Tony plunges into the fray. The battle moves from the courtroom to the emergency room and catches Tony in the middle. When the person dearest to him becomes ill, he’s distracted, but Tony can only keep his wife’s doctor out of jail if he can stay out of jail himself.


Jeanette Cottrell, Reviewer & author of There's No Such Thing!, said,
Illegally Dead is a neat mystery book that raises a lot of questions about America's split perspective on the medical profession. On the one hand, we worship doctors for their healing hands. On the other, should they fail to pull off a miracle, uncomprehending patients are quick with a lawsuit. It also reflects some of the soul struggle a person endures when a loved one is endangered. This looks to be an interesting series, and I look forward to the next installment.

Buy ebook for Kindle or paperback from Amazon
Buy paperback from Murder on the Beach in Delray Beach, FL.
Instant Preview: Begin reading a sample now.
Buy: Illegally Dead
Your local independent bookseller will be delighted to send you the books of your choice.
​
Murder on the Beach:  A mystery book and entertainment store
104 West Atlantic Avenue
Delray Beach, FL 33444
(561) 279-7790